WKA’s #RaceLife Spotlight racer for the month is 11 years old Austin Olds. Austin has been racing since he was 6 years old after his father and grandfather bought him his first kart. His favorite part of racing is passing other drivers, going fast and winning. Austin races in the Bridgestone Manufacturers Cup Series and enjoys racing at WKA events because he feels like the series attracts some of the fastest racers and that makes him both more competitive and a better driver. Read more about Austin Olds below: 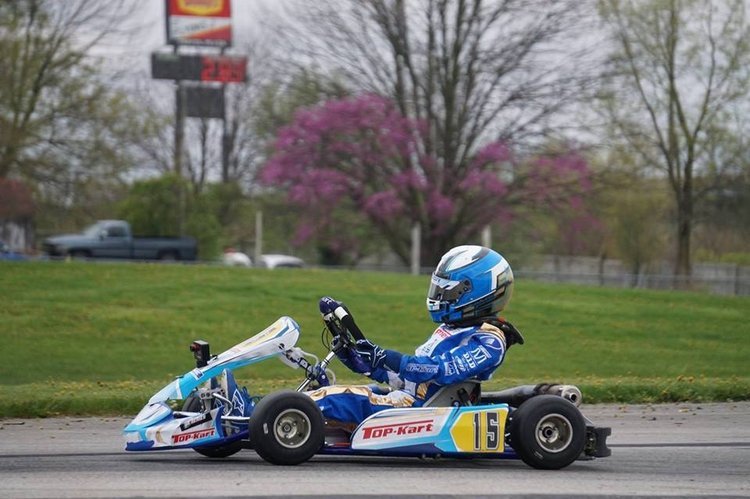 WHERE DO YOU LIVE?
Terre Haute, Indiana.

HOW LONG HAVE YOU BEEN RACING?
Since I was 6 year old.

HOW DID YOU GET INTO RACING?
I got into racing because my Grandpa Grant and Dad went to Lapel, IN and bought me a kart when my mom was in grad school one day. I have wanted to race since I was 2 years old. My Grandpa Bill raced for years and I always wanted to drive his go-kart and dirt bikes.

WHAT IS YOUR FAVORITE PART OF RACING?
My favorite part of racing is passing people, going fast, and winning.

WHAT ARE YOUR GOALS FOR THE FUTURE?
My goals for the future are to win championships in racing and also then move to IndyCar and then win the Indianapolis 500.

DO YOU HAVE ANY PRE-RACE RITUALS?
My pre-race rituals include talking to my coach, Charles Maxwell, and listening to his advice and also visualizing winning.

WHO IS YOUR FAVORITE RACER?
My favorite racer is Dan Wheldon. He was such a great driver with a great personality and always made people laugh. 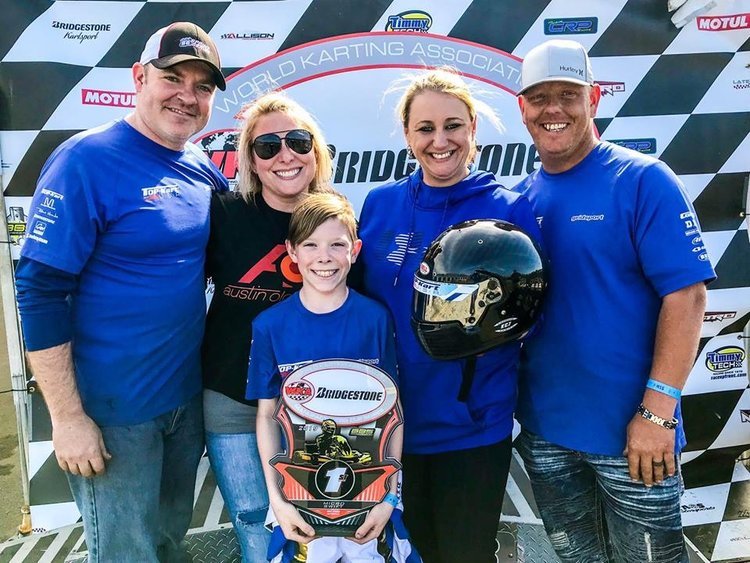 WHICH TRACK IS YOUR FAVORITE?
My favorite track is Road America. However, I haven’t raced at the Indianapolis Motor Speedway. Yet.

WHAT DO YOU LIKE ABOUT WKA RACES?
I like the competition level at WKA races. The competitors are some of the best of the best drivers out there and it’s great to really race against them. They make me a better driver.

WHICH WKA RACE SERIES DO YOU RACE?
We race the WKA ManCup series.

WHAT ELSE DO YOU DO BESIDES RACE?
Other than racing, I play basketball, play outside, and hang out with my friends. I love to watch racing on TV when we can’t go outside.

WHAT DO YOU WANT TO BE WHEN YOU GROW UP?
When I grow up, I want to be some sort of racer. I would love to race IndyCar, sports cars (IMSA) or Formula 1. If I can’t do that, I want to be involved in motor sports somehow.

ARE THERE ANY OTHER INTERESTING THINGS YOU WOULD LIKE TO SHARE WITH US?
I have the honor to work with Michigan State University with their Motorsports development program. I also have a lot of Indy500 trivia and can name any winner from 1949 to present. I love to learn all about racing and it’s history.